BMW is remaking the M5 in the year 2021, bringing the best of the current generation technology in the upcoming BMW M5 CS. This is going to be a sportier version and a refined design that complies with the expectation of the buyers. The focus will be on bringing the comfort, safety, and tech features that make it more appealing. The M5 CS will be a performance sedan that releases in January 2021, in the next few weeks, to be precise. Despite the full makeover for the new car, the main feature of the car is its engine’s power. BMW has confirmed that this car has the maximum potential among any of the M5 prior in their M line-up.

BMW has listed the specs for the M5 ahead of the launch, and the engine looks impressive. It will have the standard 4.4 liter M TwinPower Turbo V8 Engine that delivers up to 635 horsepower and 750Nm Torque. This will enable the car to reach 0-60 mph in less than 3 seconds. There is an overall 70 kg reduction of weight compared to the previous model by bringing a carbon bonnet and bucket seats along with some other minor changes to the bodywork. Having less weight will also improve the fuel efficiency of the car. This is the sixth car in the M5 series of cars that started in 1985, and this will be the most powerful sedan in its class.

The BMW M5 Competition 2020 is the car of the same class that came out last year, and there are some key differences between the models that can be seen from the early leaks. The first is that obviously, the M5 CS will be faster. The engine is tuned to give a more powerful experience for the driver. The gray car with the M5 CS logo has made its way to the internet, and it looks like the outside design is more or less based on the M5 competition. This is sort of the upgrade due to the weight reduction and minor tweaks that push the engine to an even higher level than its predecessor. The M5 competition starts at $103,500, so we can expect the M5 CS to be priced around $110000-120000 in the current market. The sticker price will get higher than that with the options. 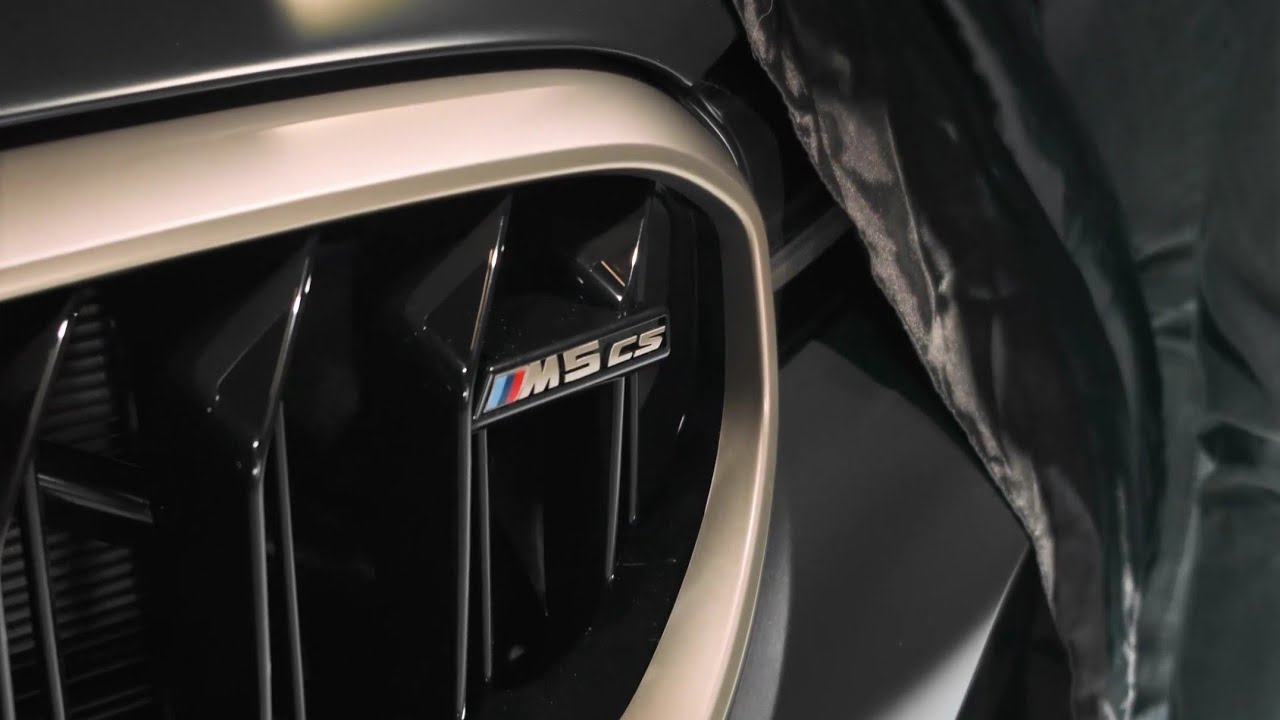 There are CS versions of M2, M3, M4 prior to this car that show similar improvements to their performance. BMW advertises them as the “Competition Sport” models made specifically for the track along with the best comfort and luxury possible. Being a Sedan, the M5s of the current generations are beautiful and equipped with the top quality interiors. The infotainment system and climate control are excellent, and BMW has worked on making the software to be responsive for the users. The M5 CS will come with all that standard quality.

As a result, you will get the best driving experience on the go with this car on and off the track. While it is confirmed that the car is coming out this month, there is no official date. Also, there will only be pre-orders available, and the car will only start shipping in late 2021. It is a special edition so fewer units will be made for this particular model. The BMW M5 CS is going to be a gem from the German company. BMW has always been proud of their M cars, where this one will be something even more precious among them. For more on this car, stay updated with us. We will be bringing you the latest about it as it is revealed.