Automobile enthusiasts and Car lover enjoys describing the new model vehicle through the technical words and other automobile keywords, hope this article will look similar. Information about GMC Hummer EV has been revealed from the company which assures that this vehicle is built to deliver great performance even during off-road trips.

The transformation from using combustible engines to improve the performance has been replaced using lithium-ion batteries. Even the heavy vehicles are built using this technology which gets fuel from powerful batteries. Recently we have come across the new version of Ford Bronco, Land Rover Defender, and VW Bus which has been redesigned based on the current generation aerodynamics pattern. The long wait has finally received an answer through this update from the company.

Hummer has been designing vehicles suitable for both off-road tracks and on-road circuits. These vehicles come with heavy hardware components which assured high durability while riding on off-road tracks. Speculations have been updating information about the vehicle for the last eight months. 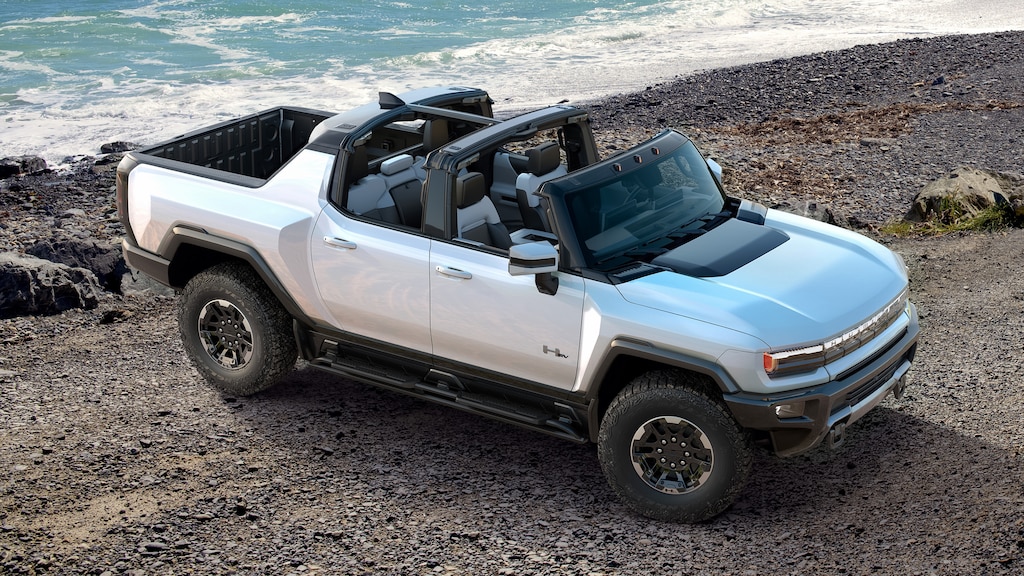 The company claims that this will be the first fully electric pickup truck built by the GMC. Prior to this many automobile companies have started working on developing heavy vehicles that operate by consuming electric power.  It’s assumed that this new model hummer will be coming with 1,000 horsepower, and provides 350-mile range on a single charge.

Removable roof options provide much-needed space for the customers while long rides. It looks like the vehicles come with multiple modes suitable for both off-road rides and on-road rides. GMC Hummer EV is expected to reach the audience during the fall which might be competing with several other similar vehicles.

Many companies have reached the final stage of completing their product and making it available to the public. Startup company Rivian has been actively working on developing its first electric vehicle which is expected to hit the roads within a few weeks. Already the company has declared that they have already built the vehicle and currently in the final stage.

Hummer claims that their new model vehicle will stand out of the completion based on the features that are included. It claims the vehicle as “supertruck”  with advanced hardware options to have ultimate control during long rides. This model electric truck from Hummer looks much similar to the previous model H1 and H2, the same massive appearance has been included with the vehicle which becomes the primary appearance of the vehicle.

GMC Hummer EV is  216.8 inches long which makes it slightly bigger than the previous Hummer model. The 135.6-inch wheelbase is built to provide great comfort even during the off-road rides. Tall front end reclaims about the new Hummer model vehicle. Two thin headlights are placed in the front portion of the vehicle which holds powerful LED lights. Most of the electric vehicles manufactured these days come with heavy LED lights for brighter vision even under low lighting conditions. The heavy-duty front bumper reminds of the H1 model which gets minor alteration.

The convertible option is included with this new model Hummer which gets an Infinity Roof as a standard option. Four transparent convertible roofs are provided with the vehicle which also gets removable “Sky Panels”. Along with the roof panels, the central I-bar is also provided as a removable option that gets attached behind the rear seats.  The rear window is adjustable using the electrically controlled buttons placed near the driver seat.

Infinity Roof is said to be the important value-added option that was suggested while developing the basic design stricture of GMC Hummer EV. The vehicle comes with a 41.5-degree approach angle which makes the front portion look wider and broader while moving. Multiple modes are being included with the infotainment system which can be altered based on the type of ride. Terrain driving mode adjusts the projection of the vehicle and lifts the vehicle from the default position to make it adaptable for high altitude rides.

Extract mode is built to unlock the true potential of the vehicle by adjusting the projection. Hummer’s four-wheel steering has been one of the important aspects that many automobile enthusiasts are looking forwards to. This option increases the performance of the vehicle by providing more power while accelerating, it should be also noted that this feature provides complete control over the vehicle during the terrains rides. 13.4-inch central infotainment screen along with a 12.3-inch digital gauge cluster is built to provide maximum information about the vehicle and environmental conditions.