Hyundai IONIQ 5 is a new electric car, reportedly in the making and could come in early 2021. The car is a fully electric vehicle with a cheaper price tag to compete with the high-end competition. This car is based on Hyundai’s concept car, perfecting the design to create a competitive vehicle in the emerging electric car market. Hyundai does have many electric cars in the market, but IONIQ 5 is the most anticipated from the company for good reason. The design and technology are top of the line, and it will be the most refined EV for the company. Bigger and Better cars in the IONIQ line-up will follow the IONIQ 5 in the coming years.

The car is not far from release as Hyundai Austria already took the pre-order for the first 150 IONIQ 5 cars. There is no confirmed release date for the car, but it is expected in the spring or summer of 2021. The company will start shipping the first units to the early buyers. The car will be available in most European countries and the United States. Due to the increasing trend of EVs and the high availability of chargers in these countries, the model will sell out pretty quickly. For now, production has not started. 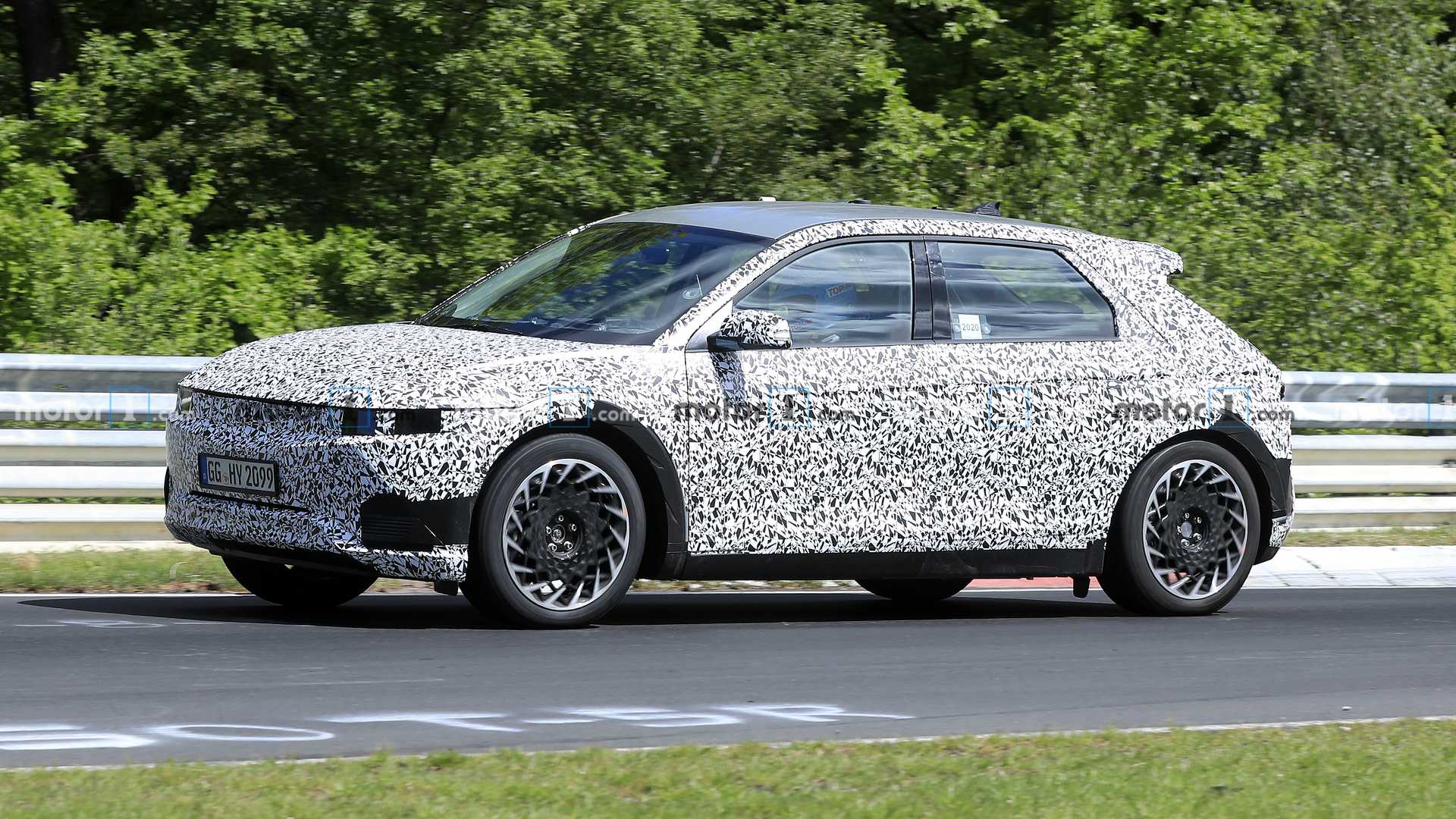 Ioniq 5 will be based on Hyundai’s E-GMP platform that promises better efficiency and range in the new cars. The South-Korean company has a focus on high-performance EVs, and they are doing it for cheaper compared to the other competitors. According to Car and Driver, The IONIQ 5 is expected to start at $45000. Hyundai IONIQ 5 will be able to do 0 to 60 in 3.5 seconds if the company’s claims about the E-GMP tech incorrect. The car will have a range of up to 300 miles in a single full charge. You can get decent mileage in the city and the opportunity to drive on highways that have proper charging facilities.

Just like the 45 concept car revealed at the Frankfurt International Motor Show, the IONIQ 5 will have a futuristic design. There will also be the painted versions, but the metallic version will be the most in-demand if the company brings it for this car. Not everything from the concept will make it to production, but we can predict some of the car’s basic things. It will be a hatchback style car that can seat 5 passengers. A giant screen dashboard that extends 2/3 of the total car length bringing a refined digital experience for the driver. Hyundai design engineer, Hansoo Ha, was seen introducing some other key design factors in the video below:

Hyundai is planning to bring some of the coolest concept designs to life in a production vehicle. IONIQ 5 will be making a versatile start to that trend. Having a battery-powered vehicle brings much more freedom of space to have a dynamic design in such a mid-size vehicle. It is clear that Hyundai is truly taking a risk with the features like revolving seats and full panel doors, but it is about time these cars make it to the road.

Overall, this is a leap for Hyundai in the EV space. They are planning to bring IONIQ 6 and IONIQ 7 in the years 2022 and 2024, respectively. As per reports, IONIQ 6 will be a sedan of a similar caliber, while the IONIQ 7 is planned to be a full-sized SUV. Hyundai’s electric car technology is capable of bringing much better stuff to the market. It will start with the different variants of the Hyundai IONIQ 5. The rest will come in the upcoming years under the same IONIQ line-up.

Also Read: 2021 Tesla Cybertruck: Everything You Need To Know!