2021 Volkswagen Arteon Comes Out After a Refresh

Volkswagen has brought a refresh to its Arteon lineup with the 2021 models. This time Volkswagen has not one but two Arteons: Arteon and the Arteon Shooting Brake ( more on that later). The new 2021 Volkswagen Arteon have got little changes compared to their previous pretty handsome looking cars. Yet improving the car’s looks to stylish and Dramatic as both models design can be called an expressive and innovative design.

At the front, the 2021 Arteon has an LED light strip, which goes continuously throughout the front of the car while blending with the newly added chrome-finished bars and air intakes at the bottom. The rear of both also gets LED light stripes. Along with the wide and long bonnet of both the Arteons, the radiator grille gives them a chance to stand out of the crowd. Which they successfully did with their new and slightly refreshed design. 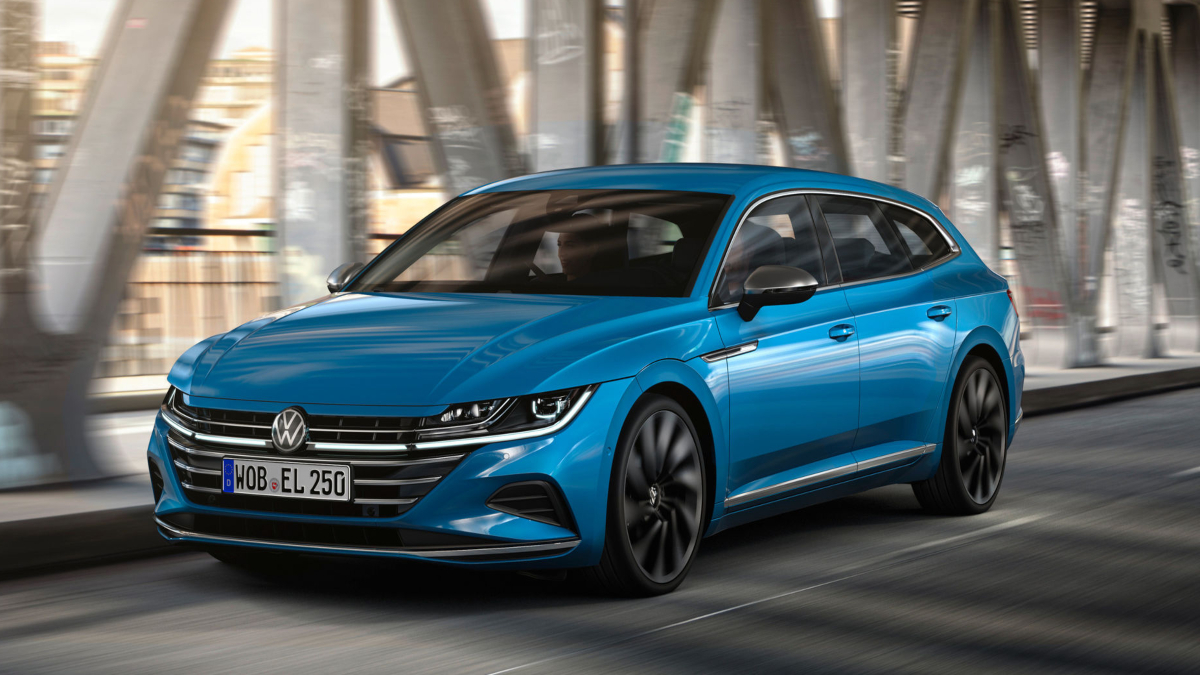 Interiors of the 2021 Volkswagen Arteon

When we got closer to look into the car’s interior, we will get to know that Volkswagen has not only concentrated on making changes to the Arteon from the outside but also to make good changes from the inside. The analog clock and the physical heating controls have been removed from both the cars, changing them to touch-sensitive hardware. They still have retained physical volume and tuning knobs. VW have done their best to the interiors. Which, according to them, will be able to compete with entry-level luxury cars.

As for what powering these 2021 models, they will continue to use last year’s turbocharged 2.0-liter TSI four-cylinder, which can offer 268 horsepower and 258 lb-ft of torque. 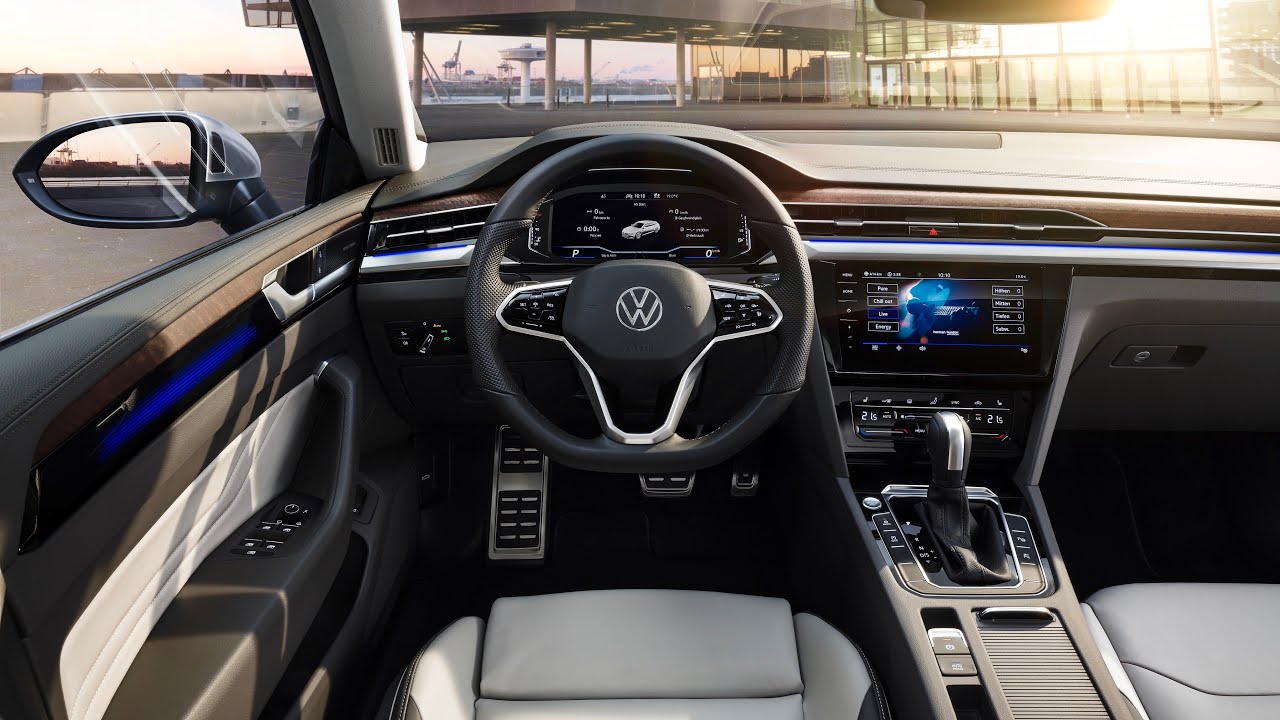 An 8.0-inch touchscreen will power entertainment for the 2021 models of the Arteon, along with premium audio by Harmon Kardon. This premium sound system will pump 700 watts through 12 speakers. Although VW has confirmed that it will be available with the most expensive variant of Arteon, we still don’t know if it will be available in the models below them. Both the Arteon will have the support for wireless Apple CarPlay and Android Auto.

For safety, Volkswagen will be using more standard safety features with no extra costs. Features such as Blind Spot Detection, Rear-Traffic Alert, Lane Assist lane departure mitigation, and Front Assist automated emergency braking are all available as a standard.

Not only that, but Volkswagen also offers a hybrid model for both the Arteons. Here, customers can opt for the plug-in-hybrid option if they want to go mostly emission-free. This uses a 1.4-liter petrol engine and an electric motor to produce 218hp power. Its 13kW battery can let you drive for around 33 miles in electric-only mode (Approximately 53KMs). Volkswagen has plans for an EV Arteon by the year 2023, So if you want a fully EV Arteon, you may need to wait for some more time.

What are your thoughts regarding the newly launched Volkswagen Aeteon? Can these cars give a tough competition to its competitors such as BMW 3 Series and Kia Stinger with these specs? Do let us know your thoughts.