According to rumors, in 2021, Alfa Romeo is set to introduce a new member to its lineup under the GTV nameplate on their 110th anniversary year. It is expected that the new car will be called Alfa Romeo GTV, which will be a sports coupe with seductive design and excellent driving characteristics. This car would be considered as the small two-door version of the last year’s Giulia. It is also expected that the new GTV will also be made on the same Georgio platform, which was used for both Giulia and Stelvio crossover. This is good to hear as both Giulia and Stelvio were wildly accepted ones.

GTV, which means Gran Turismo Veloce. If you don’t understand, when Translated in English, it means Fast Grand Touring. This GTV will replace the very old Alfetta GTV coupe. Do Alfa Romeo lovers need anything better news to hear while beginning in 2021?

This car is all about style and composure. Alfa Romeo with their new vehicle is again underlining that they know how to make attention-grabbing good looking supercars. As we have said before, this vehicle is made upon the Georgio platform. This means it will borrow many features from other members who were born from this platform.

One among them is the adoption of headlights from Giulia. But this Alfa is only a two-door car, unlike the Giulia. Other things that the new Alfa Romeo GTV has borrowed from their cousins are in the internals. Will will talk about that in the next part.

Inside the Romeo GTV

To make it short, the Romeo GTV will adopt a lot from Giulia and Alfa Romeo Tonal Concept. This two-door car will still be able to transport four passengers when taken for a journey. So that it won’t be thrown out of the competition from Audi A5 and BMW 4 Series and the Mercedez C-class Coupe, all with a 4 door-4 passenger car.

Seeing that the Romeo GTV has been borrowing a lot from its cousins, it’s almost certain that Alfa is determined to play it safe while keeping the offering good. Yup, if you guessed it, you are right. Romeo GTV is expected to use the same engine’s architecture as Giulia and the same powertrain.

A 280-hp turbocharged 2.0-liter four-cylinder engine will power the base model of GTV. The interesting part will be with the Quadrofolio variant. Just as the Giulia Quadrofolio dethroning BMW M3 with its amazing performance, Alfa wants history to repeat with the M4 being thrown out by their Romeo GTV. 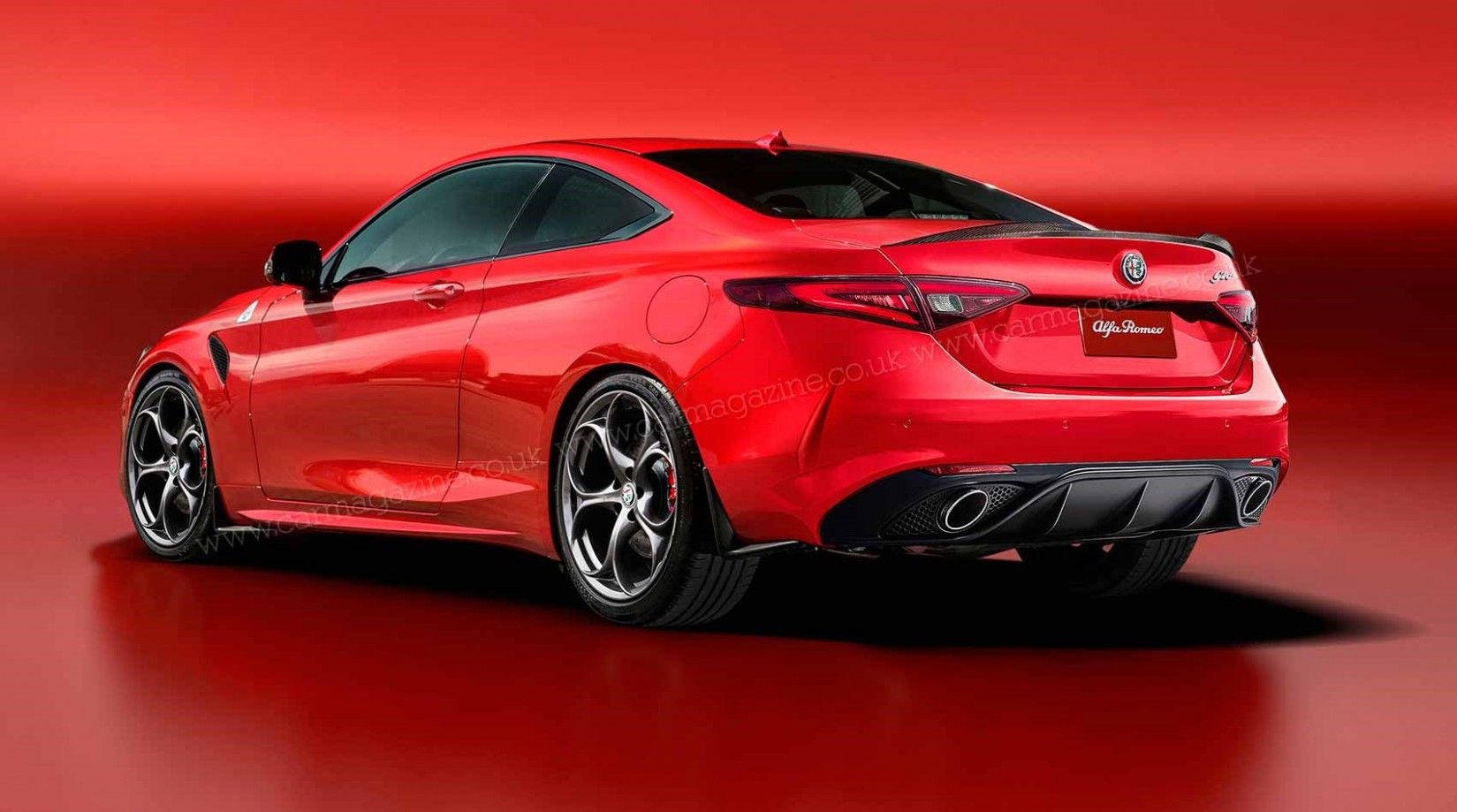 A V6 twin-turbo 2.9-liter engine is expected to power the Quadrofolio variant. Combined with the Electric motor, this Hybrid Beast can output a maximum power of 505hp. Meaning that it could reach a speed of 62 miles per hour in just 3.9 seconds. The electric motor in the Hybrid engine alone is expected to drive the vehicle up to 30 miles. It is expected that all the variants will be powered by a hybrid engine, where the difference will be mainly of the overall power output they could provide.

The new Romeo GTV is expected to be a little more expensive than it’s cousin Giulia. What are all your thoughts regarding this blend of beauty and beast? Do let us know your thoughts.