The all-new Maserati MC20 is the supercar representing speed and performance, which was teased by the company earlier. It is a mid-engine sports car that has impressive numbers. The design and interior are classy, with maximum visual efforts to make it look worth driving. Maserati MC20 is truly a masterpiece. Considering that to experience, the greatness of the vehicle that is offered with a price tag. Starting from around $195,000 (est) and the top-spec version will be getting a price tag of $250,000 (est). The pricing of this car is supported by the performance and aerodynamics. A high amount of power is thrown to make the car flying through the road.

Talking about specs, it has an engine having a horsepower of 630, which is possible because of the twin-turbo V-6 arrangement. It can produce a torque of 538rpm. This engine is being called “Nettuno”, in Italian it means Neptune. For the car enthusiasts, this car actually sounds great. It is a two-door vehicle having a two-seat setup and max use of carbon fiber to reduce the overall weight. The top variant of the car can go 0 to 60 in around 2.9 sec. It is having a top speed of 202 mph. This coupe is track-ready with all the comfort and tech features. Probably the most fun car to drive because of the interior and the thrill thrown by the engine. 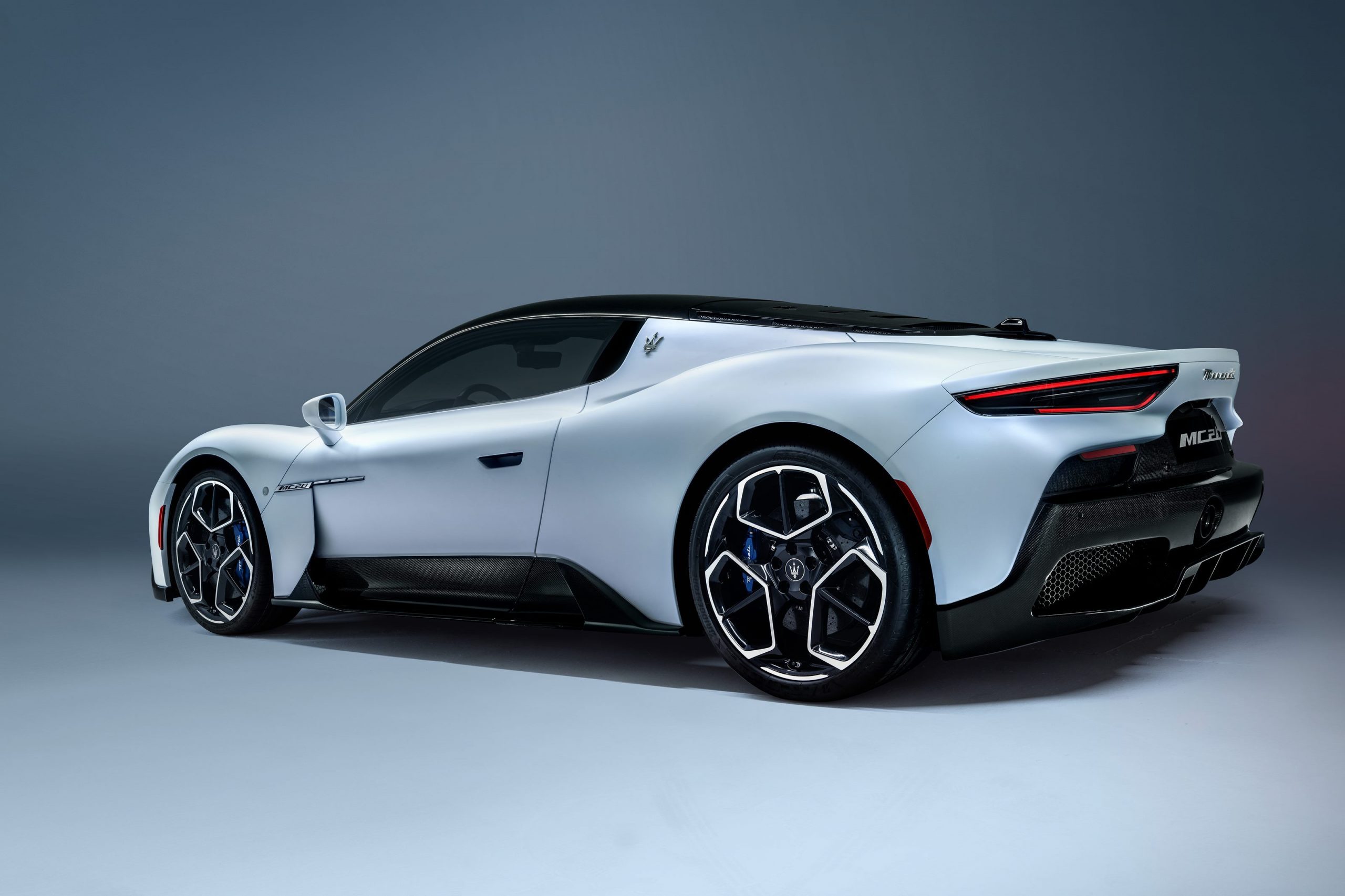 The exterior of this car is sporty and somehow identical to the previous version. From the front, it has the classic look of Maserati. The front grill has the logo on it, and it serves to provide good airflow. As the engine is mounted in the middle it doesn’t need ventilation from the front. It has Butterfly Doors that are a major characteristic of the exterior. To reduce the weight and better engine power usage Carbon-Fiber Body is used. It makes the car lightweight and grace to it. The back fender is made of carbon fiber, which cover has a lot of bottom area. The classic elements of the car are not being changed however, new and better things are added to make it modern.  It has various vents that make the airflow smooth. The engine is also well ventilated to keep it cool. It has its own personality and design, which can’t be seen in any other sports car out there.

Now the interior, the first look at it makes you astonished about the elegance and beauty of everything presented in it. There is the use of carbon fiber in many things that gives a sporty and premium look to the cabin. The steering wheel has the Maserati logo in the center and has some carbon fiber work, which extends to the gears too. There are two digital screens present one is the infotainment screen, and the other is the speedometer. The tech equipment is fully loaded in it to give an easy, reliable ride. Some main controls are given on the steering wheel, and others can be controlled directly throw the infotainment screen. Climate control, satellite nav, google map, and other various elements are there to give the driver a great time. The center console has three major controls like drive mode selector,  drive/neutral selector, and other. From the inside, it looks absolutely gorgeous nothing feels cheap and gives a responsive outcome. 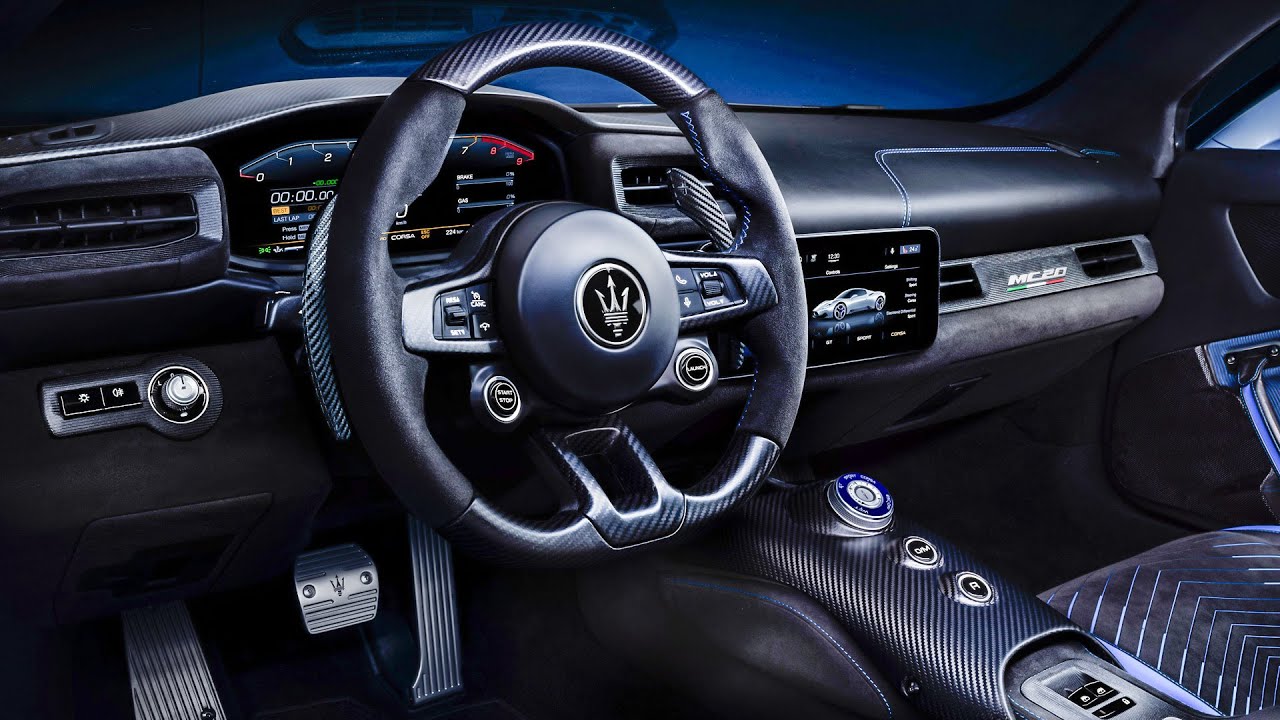 It is a sports car that doesn’t mean that the practicality is neglected. It has every little detail which makes the traveling experience good. Luggage capacity is given in the front to keep some bags while traveling long distances. It gives a very great driving experience. The driving modes adjust the car settings to give a smooth performance in every condition. There are Six Exclusive Colors that can be chosen while putting the order. There is a camera on the engine which shows the back view of the car, which is certainly blocked because of the engine. Driver-assist is there, which keeps track of the road and adjusts the car according to the lane. The braking system is good and relatable, which is a great safety factor.