Volkswagen unveiled its first fully-electric sedan ID. AERO concept. This new Volkswagen ID. AERO Concept will go into production in the second half of 2023. This is set to release in 2024. Volkswagen is a German automobile manufacturer. It was founded in 1937 in Wolfsburg, Germany. Its biggest market is China. 40% of its sales and profits come from China. This is the primary reason why ID. AERO concept will be produced in China. Volkswagen offers multiple category lineups such as Hatchbacks, SUVs, Sedans, crossovers, and more. In 2017, Volkswagen shifted its focus toward Electric vehicles. Their goal is to launch at least 30 EV models by 2025.

Aero is a fully-electric sedan in the series of Volkswagen ID. Previous models in the ID series are ID.3, ID.4, ID.5, ID.6, and ID. Buzz. Volkswagen is all set with its upcoming fully electric models. One of them is ID. Aero. The ID. Series is the first series of electric cars from Volkswagen. All the cars produced under this series are fully-electric cars. This car will be a flagship alternative to vehicles such as the Tesla Model 3 and BMW i4. The Size of this new fully-electric Sedan is around the same size as a Mercedes EQE. There are no vents or fake vents on the rear. It got a wrap-around full-width tail light.

Also Read: Everything You Need To Know About The Renault-Nissan-Mitsubishi Alliance

Estimated pricing and release date of the ID. AERO

In the official statement, no clue about the price is given. The estimated cost would be around 45,000 Pounds, a bit more than Volkswagen ID. 4.

The release date is also not yet fixed, but it is said that the new ID. AERO will go on sale in China in the second half of 2023. Subsequently, It will be available for sale in Europe and North America. 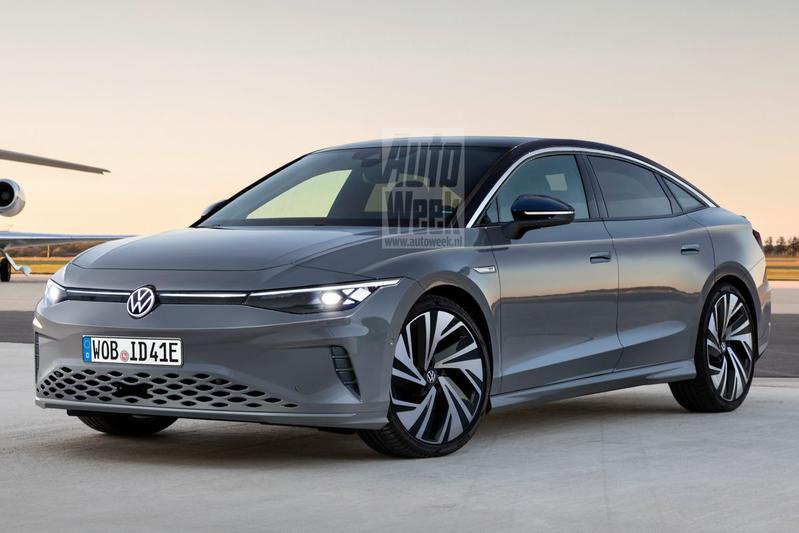 Exterior looks of the car

Currently, a concept car of ID. AERO is displayed. It is believed that the production version will not be much different from this concept vehicle. Volkswagen recently showcased a close-to-production car. This car was quite similar to the concept car, and it is said that the original production car won’t have any significant changes. The aerodynamics of this car is just outstanding. The name Aero also came from the same thought. The looks of AERO feel like how easily this car can pass through the air. This fully-electric sedan gives a futuristic look, and we hope the production model comes with the same vibes.

Also Read: Switching from ICE to EVs: California might stimulate

The all-new ID. AERO by Volkswagen promises a range of up to 385 miles from the 77kWh battery. BMW i4 and Tesla Model 3 are the current rivals in the market, and they can’t compete with the ID. AERO’s range yet. There will be a variety of other versions in the market, which will offer a smaller battery version. These variants are expected to have a single and dual-motors setup and two or four-wheel drive. This fully electric sedan is expected to have power outputs from 168 bhp to 295 bhp.

Ford Ranger Will Roll Out In Market Very Soon

Everything You Need To Know About Hyundai Kona N

Everything You Need To Know About Hyundai Kona N