Porsche has been teasing with the new teasers of the 911 GT3 RS for a long time. Finally, it has announced a date for the reveal of this new Porsche. This German automaker will unveil the new 911 GT3 RS on 17th August. The new generation of 911 GT3 RS will come with better specifications and a revamped body. The 911 GT3 RS by Porsche is a jaw-dropping fast car. It made a record of conquering the Nurburgring in less than seven minutes. However, with the new generation, we expect Porsche to give more power to this car. You can expect a super powerful 4.0-liter flat-six engine with the new upgrade.

Porsche has been dealing in sports cars since its debut. We have seen some amazing sports and luxury cars by the German automaker. The series of 911 depicts some of the best Porsche the company has ever made. In this article, read more about the new 911 GT3 RS.

Power and Performance of the Porsche 911 GT3 RS

The new GT3 RS will come with a beast 4.0-liter flat-six engine. This super powerful engine produces 502 horsepower and 346 lb-ft of torque. It is the same engine present in the GT3. We can expect a little more power and torque output in the GT3 RS. Porsche is expected to continue with the rear-wheel-drive and come with smooth seven-speed PDK automatic transmission. For a change, Porsche can even add a six and 8-speed dual-clutch transmission, which is standard in the GT3. The GT3 can accelerate from zero to sixty mph in just 3.2 seconds. With an upgraded engine, we can expect GT3 RS to make more torque and provide better acceleration. New GT3 RS can set a new record for Porsche; therefore, it can be one of the finest innovations in the 911 series.

How Does The New GT3 RS Look?

Porsche has just released the teaser images of the new 911 GT3 RS. The new sports car is colored in a deep black shade in those images. The aerodynamics of this car is said to be one of the best by any 911. It gets a huge ducktail spoiler at the rear end. The rear bumper has dual center exhaust systems, and they also equipped it with air curtains. The front hood of the 911 GT3 RS has two integrated ducts. There is also a front splitter on the front bumper. It will help to cut the air for more speed and acceleration. The car’s roof is mounted with two fins, which also helps the air pass by four more aerodynamics. GT3 RS will get a classic Porsche look with the circular headlamps and the curvy rear end. 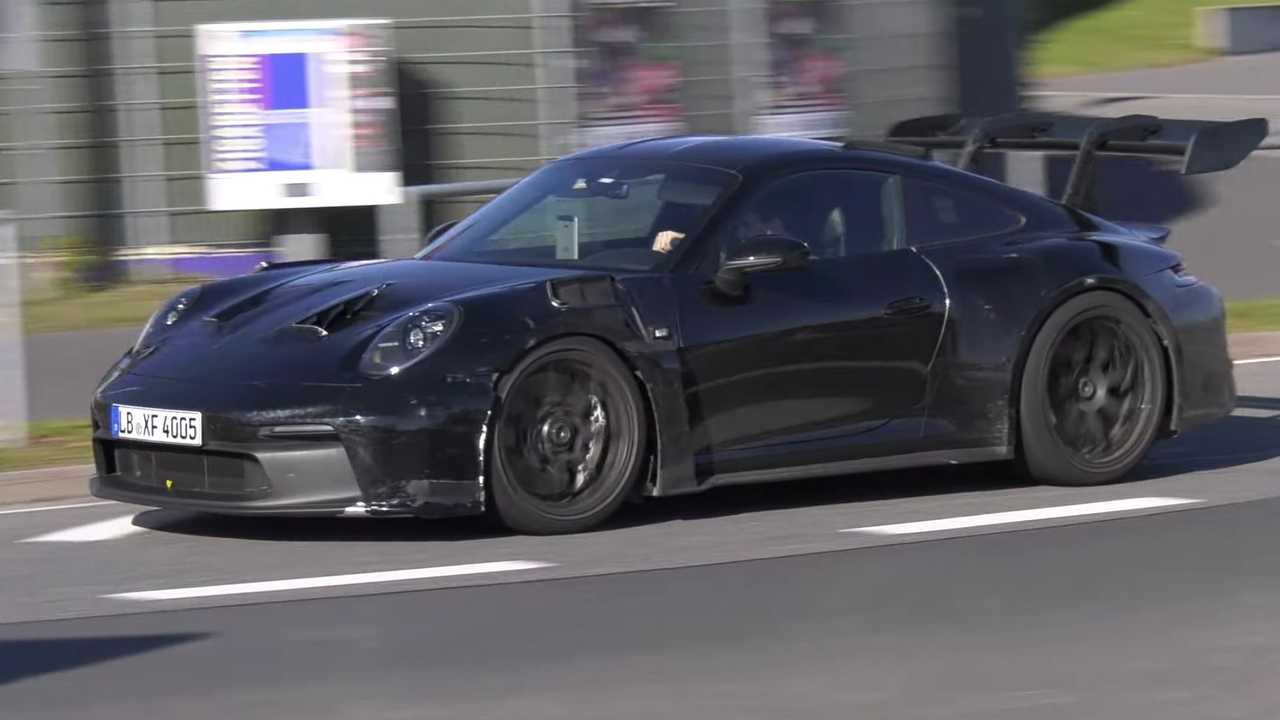 What Is The Price And Launch Date Of The new Porsche?

This sports car will unveil all the details and final looks on 17th August. Until now, Porsche has not yet revealed any official details and dates of the car’s launch. We will get to know the launch date on the unveiling day. The same goes for the price. But we can estimate that the new generation of 911 GT3 RS will cost around $200,000. The previous generation of the same car was priced at $190,000.

We will update you with all the details of the new Porsche as soon as the company discloses it. Till then, keep track of the DaxStreet.